With Summer reading time here, we thought we'd focus one blog a month on the new awesome books for younger readers that have recently made their debuts on our shelves.  (of course adults will love these too!) 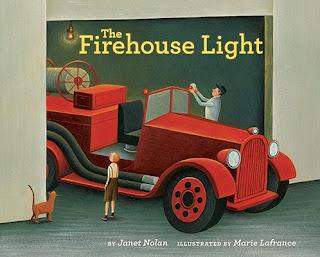 The Firehouse Light By Janet Nolan; Marie Lafrance (Illustrator)
Here is the true story of a little lightbulb, located in a firehouse, that has stayed lit for more than one hundred years. As horse-drawn carriages make room for automobiles, dirt roads give way to paved streets, and new buildings transform small clusters of homes into bustling neighborhoods, a small town grows and changes. And fighting fires changes, too: fires once fought by bucket brigades and hand-pulled hose carts are now attended by full-time firefighters and modern firetrucks. Yet now, just like then, the lightbulb glows, strong and steady, above the brave firefighters and their trucks.The illustrations in this book transport the reader through time, and on each page the "magical" light shines bright. 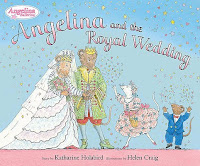 Angelina and the Royal Wedding By Katharine Holabird; Helen Craig (Illustrator)
Angelina has been invited to a wedding at the summer palace of Mouseland. What could be more exciting? This new story features all the hallmarks that readers love about the Angelina books: fluffy dresses, beautiful princesses, a sparkling cover, and, of course, ballet! Timeless and utterly charming. 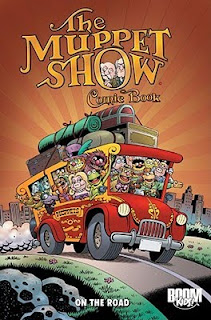 The Muppet Show Comic Book: On the Road
By Roger Langridge
Who doesn't love the Muppets??? Now a new generation can fall in love with the wise Kermit, the comical (?) Fozzie, and the vivacious Animal!

Roger Langridge's celebrated run on THE MUPPET SHOW comic book begins a new, zany arc, The Muppet Gang takes a road trip in an attempt to discover if it is the performers of the theatre that comprise the heart and soul of the show; and Fozzie Bear takes his act to the streets ? literally! All your favorites are back as THE MUPPET SHOW COMIC BOOK continues! 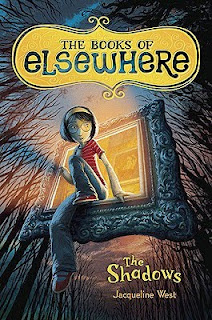 The Books of Elsewhere, Vol. 1 The Shadows
By Jacqueline West
Selected by Indie Booksellers for the Summer 2010 Kids' Next List
“An 11-year-old girl named, Olive, a pair of spectacles that allows her to climb into the paintings in her house and three clever talking cats are the core of this delightfully scary tale. As Olive's curiosity leads her to discover a menacing presence in her house, she isn't sure whom she should trust. But trust me, you don't want to miss this terrific opener in what is sure to be a grand new series!” -- Joyce Tiber, Next Chapter Bookshop, Mequon, WI
Old Ms. McMartin is definitely dead. Now her crumbling Victorian mansion lies vacant. When eleven-year-old Olive and her dippy mathematician parents move in, she knows there's something odd about the place--not least the walls covered in strange antique paintings. But when Olive finds a pair of old spectacles in a dusty drawer, she discovers the most peculiar thing yet: She can travel inside these paintings to a world that's strangely quiet . . . and eerily like her own Yet Elsewhere harbors dark secrets--and Morton, an undersized boy with an outsize temper. As she and Morton form an uneasy alliance, Olive finds herself ensnared in a plan darker and more dangerous than she could have imagined, confronting a power that wants to be rid of her by any means necessary. It's up to Olive to save the house from the dark shadows, before the lights go out for good.

Two Moon Princess By Carmen Ferreiro-Esteban
In this coming-of-age story set in a medieval kingdom, Andrea is a headstrong princess longing to be a knight who finds her way to modern-day California. But her accidental return to her family's kingdom and a disastrous romance brings war, along with her discovery of some dark family secrets. Readers will love this mix of traditional fantasy elements with unique twists and will identify with Andrea and her difficult choices between duty and desire. 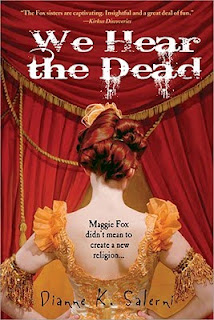 We Hear the Dead By Dianne Salerni
Based on actual events and meticulously researched by the author, We Hear the Dead reveals the secret of how in the 19th century the Fox sisters faked rapping sounds and their motives for inventing the seance and founding spiritualism. It starts as a harmless prank...then one lie quickly grows into another. Soon Kate and Maggie Fox are swept into a dizzying flurry of national attention for their abilities to communicate with the dead.  But living a lie is sometimes too much to handle, even if you have the best intentions. We Hear The Dead reveals how secrets and lies can sometimes lead you to what's real and what's right.  And how sometimes taking with the dead is easier than talking with the people around you.
Posted by Aaron's Books in Lititz at 5:36 AM