What's New On Our Shelves- 1st Week of July

NOW OUT IN PB!
The Hunger Games By Suzanne Collins 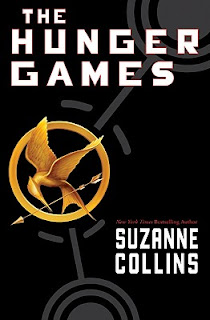 Selected by Indie Booksellers for the Winter 2009 Kids' List
“This compelling, page-turning futuristic novel takes readers into a world that pits teenagers against each other in a fight to the death for the glory and well-being of their district. But when Katniss discovers the young man from her district is in love with her, she is faced with either having to kill him to survive or sacrificing herself to save him.”
-- David Richardson, The Blue Marble, Fort Thomas, KY

The acclaimed author of the "New York Times"-bestselling Underland Chronicles series delivers equal parts suspense and philosophy, adventure and romance, in a stunning novel set in a future with unsettling parallels to the present. 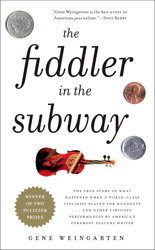 STAFF PICK!
The Fiddler in the Subway  By Gene Weingarten
Simply the best storyteller around, Weingarten describes the world as you think it is before revealing how it actually is—in narratives that are by turns hilarious, heartwarming, and provocative, but always memorable.  Millions of people know the title piece about violinist Joshua Bell, which originally began as a stunt: What would happen if you put a world-class musician outside a Washington, D.C., subway station to play for spare change? Would anyone even notice? The answer was no. Weingarten’s story went viral, becoming a widely referenced lesson about life lived too quickly. Other classic stories—the one about “The Great Zucchini,” a wildly popular but personally flawed children’s entertainer; the search for the official “Armpit of America”; a profile of the typical American nonvoter—all of them reveal as much about their readers as they do their subjects. 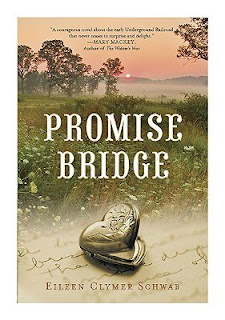 A powerful debut novel of friendship, love, and family set in the segregated pre-Civil War South.  "This is a promise bridge, and it bridges a promise flowing from your heart to mine. It can't never be broken...the promise is part of you now, understand."
Thus begins an unlikely friendship between Hannelore Blessing, a plantation mistress, and a slave girl named Livie. As the young women are launched on a harrowing journey of awakening filled with shared risks and nurtured promises amid whispers of the Underground Railroad and the rising tension preceding the Civil War, they discover their ability to trust, love, and ultimately take action.
Eileen will be joining us for brunch to discuss Promise Bridge, on Sunday October 17 at 11am.  This event is free and open to the public. 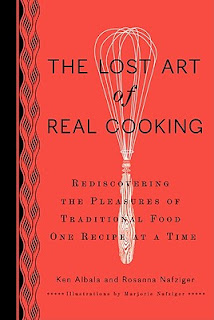 The Lost Art of Real Cooking heralds a new old-fashioned approach to food-laborious and inconvenient, yet extraordinarily rewarding and worth bragging about. From jam, yogurt, and fresh pasta to salami, smoked meat, and strudel, Ken Albala and Rosanna Nafziger arm you with the knowledge and skills that let you connect on a deeper level with what goes into your body.  These foods were once made by the family, in the home, rather than a factory. And they can still be made in the smallest kitchens without expensive equipment, capturing flavors that speak of place and personality. What you won't find here is a collection of rigid rules for the perfect meal. Ken and Rosanna offer a wealth of recipes, history, and techniques that start with the basics and evolve into dishes that are entirely your own.
Posted by Aaron's Books in Lititz at 6:02 AM