What is New on Our Shelves This Week.

Echo in The Bone by Diana Gabaldon is finally out in paperback! In this new epic of imagination, time travel, and adventure, Diana Gabaldon continues the riveting story begun in Outlander.  With one foot in America and one foot in Scotland, Jamie and Claire’s adventure spans the Revolution, from sea battles to printshops, as their paths cross with historical figures from Benjamin Franklin to Benedict Arnold.  Diana Gabaldon’s sweeping Outlander saga reaches new heights in An Echo in the Bone. 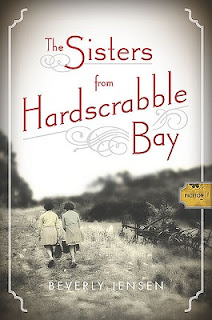 Sisters of Hardscrabble Bay by Beverly Jensen
In 1916, Idella and Avis Hillock live on the edge of a chilly bluff in New Brunswick-a hardscrabble world of potato farms and lobster traps, rough men, hard work, and baffling beauty. From "Gone," the heartbreaking story of their mother's medical crisis in childbirth, to the darkly comic "Wake," which follows the grown siblings' catastrophic efforts to escort their father, "Wild Bill" Hillock's body to his funeral, the stories of Idella and Avis offer a compelling and wry vision of two remarkable women. The vivid cast includes Idella's philandering husband Edward, her bewilderingly difficult mother-in-law- and Avis, whose serial romantic disasters never quell her irrepressible spirit. Jensen's work evokes a time gone by and reads like an instant American classic.

Beverly Jensen died of cancer at the age of forty-nine without publishing her work. Since her death, her fiction has been championed by a dedicated group of supporters, including Stephen King and Joyce Carol Oates.

Our Red Hot Romance is Leaving Me Blue by Dixie Cash
Dixie Cash is one of Sam's favorite romantic comedy authors, so hold onto your hats for a hilarious romp!
Full-time hairdressers and part-time private detectives, Debbie Sue Overstreet and Edwina Perkins-Martin—the Domestic Equalizers—have dealt with cheating spouses, shady business deals, Elvis-obsessed shoe thieves, even murder. But ghosts? That's a whole new rodeo!  Justin Sadler's just coming to terms with the absence of his dear departed Rachel—but now he's not so sure she's departed! Every time he goes home he knows someone's been there—and if it's not Rachel trying to communicate from beyond, it's someone else who's trying to drive him stark raving bonkers. So the Equalizers are on the case, with the help of an El Paso psychic who's so dead-on, it's scary. It's enough to make any good ol' gal's big hair stand on end!

Plus HUNDREDS of new classics.  Arriving last week to fill out our classic section to the maximum, was three boxes from Wordsworth Editions.  A majority of these classics are priced between $4.99 and $7.99... perfect for that student's summer reading list!
Posted by Aaron's Books in Lititz at 2:20 AM