New On Our Shelves- NonFiction Edition

Our semi-weekly blog about what is new and interesting on our shelves.

The World in 2050; Four Forces Shaping Civilization's Northern FutureBy Laurence C. Smith
A vivid forecast of our planet in the year 2050 by a rising star in geoscience, distilling cutting-edge research into four global forces: demographic trends, natural resource demand, climate change, and globalization. The World in 2050 combines the lessons of geography and history with state-of-the-art model projections and analytical data-everything from climate dynamics and resource stocks to age distributions and economic growth projections. But Smith offers more than a compendium of statistics and studies- he spent fifteen months traveling the Arctic Rim, collecting stories and insights that resonate throughout the book.   Packed with stunning photographs, original maps, and informative tables, this is the most authoritative, balanced, and compelling account available of the world of challenges and opportunities that we will leave for our children.

Even Silence Has an End; My Six Years of Captivity in the Colombian Jungle
By Ingrid Betancourt
Ingrid Betancourt tells the story of her captivity in the Colombian jungle, sharing powerful teachings of resilience, resistance, and faith.  Born in Bogotá, raised in France, Ingrid Betancourt at the age of thirty-two gave up a life of comfort and safety to return to Colombia to become a political leader in a country that was being slowly destroyed by terrorism, violence, fear, and a pervasive sense of hopelessness. In 2002, while campaigning as a candidate in the Colombian presidential elections, she was abducted by the FARC. Nothing could have prepared her for what came next. She would spend the next six and a half years in the depths of the jungle as a prisoner of the FARC. Even Silence Has an End is her deeply personal and moving account of that time. Chained day and night for much of her captivity, she never stopped dreaming of escape and, in fact, succeeded in getting away several times, always to be recaptured. In her most successful effort she and a fellow captive survived a week away, but were caught when her companion became desperately ill; she learned later that they had been mere miles from freedom. 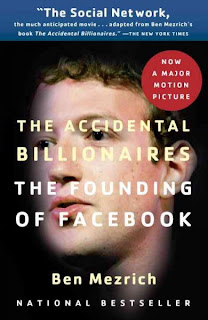 Best friends Eduardo Saverin and Mark Zuckerberg had spent many lonely nights looking for a way to stand out among Harvard University’s elite, comptetitive, and accomplished student body. Then, in 2003, Zuckerberg hacked into Harvard’s computers, crashed the campus network, almost got himself expelled, and was inspired to create Facebook, the social networking site that has since revolutionized communication around the world.  With Saverin’s funding their tiny start-up went from dorm room to Silicon Valley. But conflicting ideas about Facebook’s future transformed the friends into enemies. Soon, the undergraduate exuberance that marked their collaboration turned into out-and-out warfare as it fell prey to the adult world of venture capitalists, big money, lawyers.
A Family of Readers; The Book Lover's Guide to Children's and Young Adult Literature By Roger Sutton (Editor); Martha V. Parravano (Editor)
A must have for every teacher, librarian, and parent of a young reader! 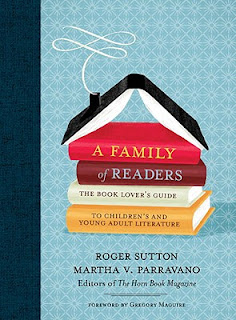 Two of the most trusted reviewers in the field join with top authors, illustrators, and critics in a definitive guide to choosing books for children—and nurturing their love of reading. A FAMILY OF READERS is the definitive resource for parents interested in enriching the reading lives of their children. It’s divided into four sections:
1. Reading to Them
2. Reading with Them
3. Reading on Their Own
4. Leaving Them Alone
Roger Sutton knows how and why children read. He must, as the editor in chief of THE HORN BOOK, which since 1924 has been America’s best source for reviews of books for young readers. But for many parents, selecting books for their children can make them feel lost. Now, in this essential resource, Roger Sutton and Martha V. Parravano, executive editor at the magazine, offer thoughtful essays that consider how books are read to (and then by) young people. They invite such leading authors and artists as Maurice Sendak, Katherine Paterson, Margaret Mahy, and Jon Scieszka, as well as a selection of top critics, to add their voices about the genres they know best. The result is an indispensable readers’ companion to everything from wordless board books to the most complex and daring young adult novels.

...and now for some lighter fair (well, not for those that are trying to cut down on calories!)

Tea and Cookies; Enjoy the Perfect Cup of Tea--with Dozens of Delectable Recipes for Teatime Treats
By Rick Rodgers 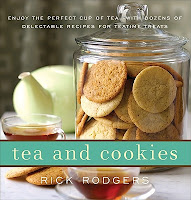 In Tea and Cookies, acclaimed cookbook author Rick Rodgers celebrates this time-honored combination of beverage and dessert, offering delicious hot and cold tea varieties as well as sweet things to nibble on between sips. Rodgers starts with tea, revealing its rich history and demystifying the process of preparing the perfect cup—from choosing the right tea leaves to the proper steeping times for every flavor. Here, too, are an array of recipes, from the indulgent Orange Spice Tea and Rooibos Hot Cocoa to the refreshing Mango Tea Slush and Peachy Iced Tea Cooler.  Rodgers then provides dozens of recipes for whipping up the perfect accompaniments, including international delicacies like French madeleines and macarons and Scottish shortbread; elegant varieties such as Chocolate Sandwich Cookies with Earl Grey Ganache; and tearoom treats like Pistachio Meringues and Currant Cream Scones.  Whether you are serving a large group of friends, preparing a quiet tea for two, or indulging in a personal treat, this book will guide you through the perfect pairings of tea and cookies.


HAPPY READING!
Posted by Aaron's Books in Lititz at 3:06 AM