Review: Up & Down the Scratchy Mountains by Laurel Snyder

Up and Down the Scratchy Mountains 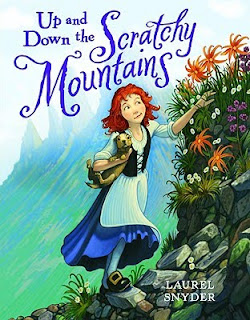 A Smithsonian Notable Book for 2008!
A Bookreporter Staff Pick!

Until recently, Lucy (a milkmaid), and her best friend Wynston (who happens to be a prince, though that’s not really his fault) spent their days together, romping through berry patches, and teasing each other mercilessly. But now Wynston is getting older, and King Desmond insists he devote every second to the overly-complicated process of princess-finding, which is known in the Bewilderness as QUEENING.. Her feelings hurt, Lucy (by law an unsuitable match for the prince) sets out to find her long-lost mother, on the Scratchy Mountains, accompanied only by a sniffly prairie dog and an obstinate young milk cow. Together they learn about friendship, and how to bend, not break, the rules…

Lucy's mother has been gone for a long time, so long, Lucy doesn't remember her, but she is certain she can find her. An argument with her best friend, the crown prince, Wynston, sends Lucy off on an ill-planned adventure into the mountains above their small kingdom. When Wynston finds out she has gone, he sets off on his own to find her and bring her home. The two of them have unusual adventures both alone and together. They face rivers that run uphill, and down; storms; stubborn bureaucrats; and even some new friends.


Lucy is a strong, smart protagonist with a temper and a strong sense of what should be right and wrong - and it doesn't always mean following the rules. Wynston is all about the rules until he discovers that not all rules are right. This is a delightful story full of action, humor, and even a few well-disguised lessons. It's a hoot to read and will lend itself well to individual reading, or read-aloud time. A definite must for the younger crowd (ages 7-11).

Laurel will be joining us at our 2010 Kid-Lit Festival on Saturday September 11.  There will be storytime, booksignings, a panel discussion, and a dinner... plus lots of bookish merrymaking! 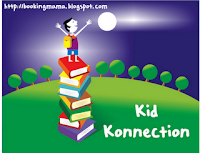 Each Saturday our friend "BookingMama" hosts Kid Konnection on her blog; featuring her reviews of kid books, as well as links to other fresh blog reviews of children's and YA lit.  We're delighted to participate with this, our inaugural post on Kid Konnection!
Posted by Aaron's Books in Lititz at 6:44 AM